The United States proposed on Thursday that the U.N. Security Council renew a peacekeeping mission in South Sudan for 10 days while the body considers clamping an arms embargo on the world's newest state and sending more troops there, diplomats said.After violence in South Sudan's capital Juba earlier this month, U.N. Secretary-General Ban Ki-moon called on the Security Council to fortify the peacekeeping mission. He also urged an arms embargo and sanctions for leaders and commanders blocking implementation of an August peace deal."South Sudan remains precariously poised on the brink of an abyss," Ban told a council meeting on peacebuilding in Africa. The mandate for the United Nations mission, known as UNMISS, expires on Sunday, so the United States circulated a brief draft resolution on Thursday, seen by Reuters, to the 15-member council to extend the authorization of the force until Aug. 8. It could be adopted on Friday, diplomats said. 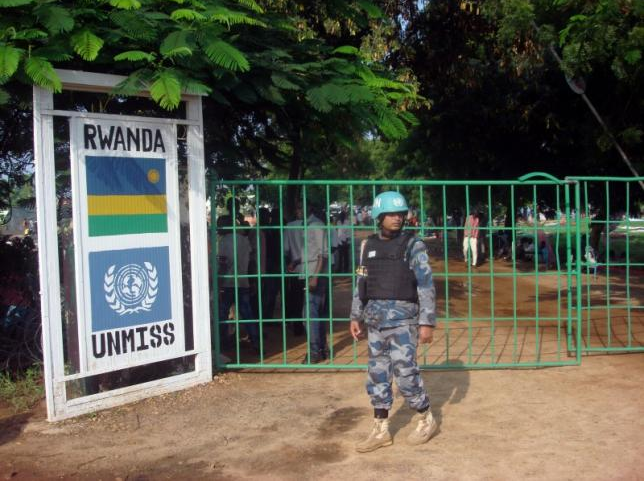