On July 20, in Turkey's capital Ankara, Turkey President Recep Tayyip Erdogan spoke at a news conference. Turkey President Recep Tayyip Erdogan 20th announced this evening that Turkey entered a 3-month "State of emergency".Turkey the night of 15th to 16th after the attempted military coup early this morning, more than 9,000 people had been arrested. In addition, including departments of civil servants, police, judges, religious and educational figures, nearly 50,000 people were suspended. 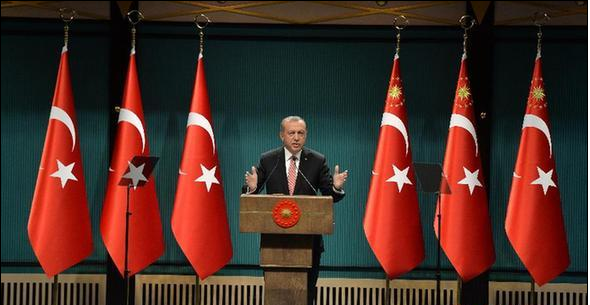