The trench and trench warfare is one of the defining features of the First World War. Over 400 miles of trenches stretched across the Western Front. But  why  exactly? What were the conditions that made a hole in the ground the only possible way to fight the war? Dan Snow attempts to answer one of the most fundamental questions of the Great War by putting his occasional sparring partner in history, The One Show's Michael Douglas, into a crude but effective mock-up of the dilemma that faced the infantry at the start of the war.

Dan also picks apart another hugely significant, low-tech feature of the war battlefield that is often overlooked by histories of the war. Tanks, machine guns, relentless artillery: these are the familiar weapons of the war. Barbed wire was first put into use to corral livestock in America's Wild West and before long the military was putting it to devious use on the battlefield. Dan builds a typical First World War barb wire trap, tries to cross a particularly devilish design while in a thicket of smoke, and reveals why one of the worst jobs on the Western Front was a place on a night time wiring party.

Our company- Hebei zhengyang wire mesh products Co.Ltd has traded and produced barbed wire for many years, and the quality of our barbed wire is superior. As you know, it is a cost-effective way to secure large areas for defense or to keep livestock in. Its application areas: Military zones, airport, private properties, forests, border security, private security zones, farms houses, gardens, open lands etc. If you want more information, welcome to contact us at 86-311-67263936. 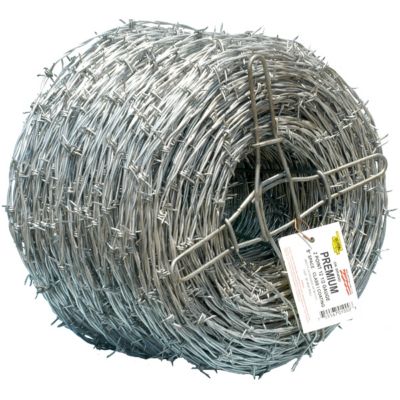