Al Qaeda's powerful Syrian branch, the Nusra Front, announced on Thursday it was ending its relationship with the global jihadist network founded by Osama bin Laden, to remove a pretext used by world powers to attack Syrians.The announcement came as Russia and President Bashar al-Assad's government declared a "humanitarian operation" in the besieged rebel-held sector of Aleppo, opening "safe corridors" so people can flee Syria's most important opposition stronghold.Washington said that appeared to be an attempt to depopulate the city and make fighters surrender. The opposition called it a euphemism for forced displacement.In the first known video statement ever to show his face, the leader of the Nusra Front, Mohamad al-Golani, announced that the group would re-form under a new name, with "no ties with any foreign party".The move was being made "to remove the excuse used by the international community -- spearheaded by America and Russia -- to bombard and displace Muslims in the Levant: that they are targeting the Nusra Front which is associated with al Qaeda," he said. The group would now be called Jabhat Fatah al-Sham. 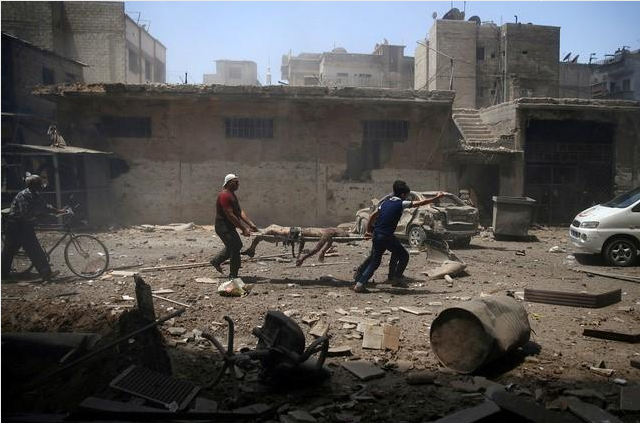