Forty-four people have been killed in a massive bombing in the Kurdish-controlled city of Qamishli in north-east Syria, Syrian state TV reports.The blast was caused by a truck bomb which struck near a Kurdish security headquarters, according to a UK-based monitoring group.So-called Islamic State (IS) has said it was behind the attack, in Hassakeh province, near the border with Turkey.IS has previously carried out bombings against Kurds in the area.A Kurdish-dominated militia, the Syrian Democratic Forces (SDF), backed by air strikes from the US-led coalition, is spearheading the battle against IS in northern Syria.The jihadist group said Wednesday's attack was in response to air strikes on the IS-held city of Manbij in north-west Aleppo province, where the SDF is on the offensive. 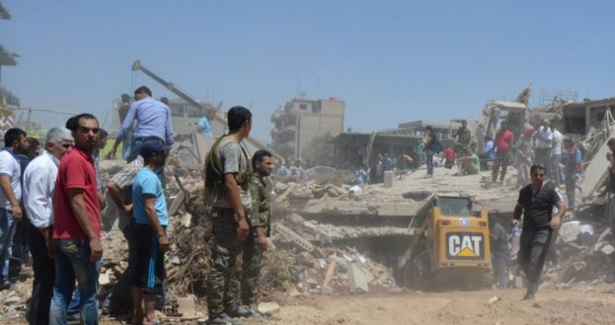