Riot Control Fence is The Best Choose for Crowd Control

Hundreds of mourners attended the funeral of a mentally ill black man whose death after he was arrested by police in Canada's capital city sparked a debate about race in a country that prides itself on a reputation for being tolerant.At least 600 people including Ottawa Mayor Jim Watson and other local politicians turned out on Friday for the Muslim funeral of Abdirahman Abdi, filling Ottawa's largest mosque and spilling onto the street.Watson was criticized earlier in the week for not making a statement until two days after the arrest on Sunday.Witnesses told local media that Abdi, 37, was beaten by police officers who responded to calls of a disturbance. A video taken by a bystander showed Abdi in a bloodied shirt lying face down on the ground with his hands cuffed behind him and his pants pulled down before paramedics arrived. 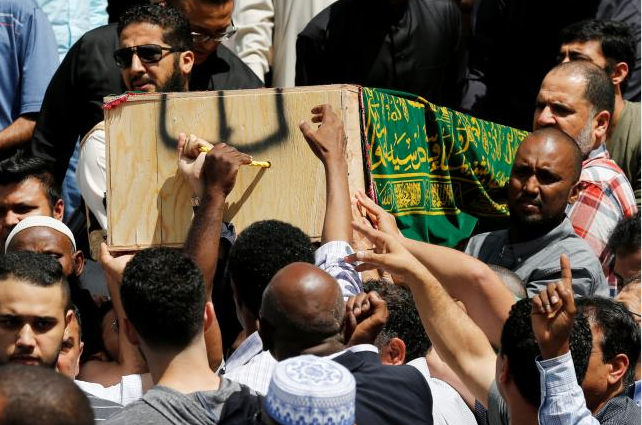 It is often the most crowded crowd Whenever a rally or funeral is happening.Especially when a important time. Riot Control Fence is designed to make riot or crowd control,so riot control fence is also named as access control barricade,anti-riot barrier,but Mojo Barrier has been the most popular name.Riot control fence are commonly used at many public events.They are frequently visible at sporting events,parades,political rallies,demonstrations,and outdoor festivals.Riot control fence act as a physical and psychological barrier,used to demarcate”no access” zones,and to designate space for lines.They are also used by riot people to control large gatherings.If you want to know more information,please contact us asap.Emailing to sun@sunwiremesh.com is OK
Click here for more products