The state of Rio de Janeiro will deploy nearly 14,000 security officers -- about a third more than previously planned -- during the coming Olympic and Paralympic Games, Military Police General Commander Edison Duarte said Monday.Authorities plan to deploy more officers to the Barra da Tijuca area -- the neighborhood where the Olympic Park, Athletes Village and most of the Olympic sporting arenas are located.The contingent will be part of the 85,000 security officers that have been deployed to the city. In addition to Rio's state police, members of the Brazilian Armed Forces, navy and out of state police will be on patrol throughout the city.Duarte also announced more than 3,000 vehicles would be used for policing during the Games, as well as three blimps spread throughout the city that will transmit high resolution images in real time. 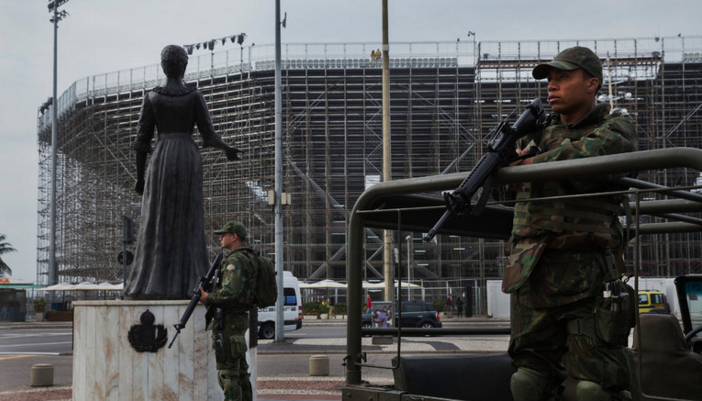 It is often the most crowded crowd whenever a Olympic is happening. Riot Control Fence is designed to make riot or crowd control, so riot control fence is also named access control barricade, anti riot barrier, but Mojo Barrier has been the most popular name. It is commonly used at many public events, such as sporting events parades, political rallies, demonstrations, and outdoor festivals. Riot control fence act as a physical and psychological barrier, used to demarcate”‌no access”zones, and to designate space for lines. They are also used by riot people to control large gatherings. If you want to know more information, please contact us. Email:sun@sunwiremesh.com.