Two bombs have exploded in the Thai resort of Hua Hin, killing one woman and injuring 19 people including foreign tourists.The bombs were hidden in plant pots spaced 50m (164 ft) apart, and detonated by mobile phones within half an hour of each other, police said.Local reports say the woman who died was running a food stall in the area of the blasts.Five foreigners are reported to be among the injured.Twin bombings are a regular occurrence in Thailand's three southern provinces, which are wracked by an insurgency.Attacks from all over the world continue to disrupt the security and stability of our society.Let our life become chaos, let us live in a panic.So we need Riot Control Fence to keep people away from panic.Zhengyang Riot Control Fence have military quality. 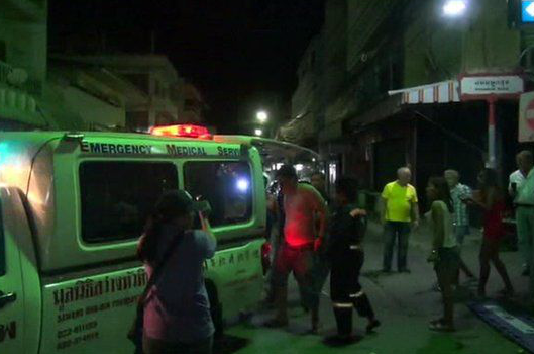 It is often the most crowded crowd whenever a attack is happening.  Riot Control Fence is designed to make riot or crowd control, so riot control fence is also named access control barricade, antiriot barrier, but Mojo Barrier has been the most popular name. It is commonly used at many public events, such as sporting events parades, political rallies, demonstrations, and outdoor festivals. Riot control fence act as a physical and psychological barrier, used to demarcate”‌no access”zones, and to designate space for lines. They are also used by riot people to control large gatherings.Can provide the police with the most effective and quick help.
Please contact us. E-mail:sun@sunwiremesh.com.