Rapid Deployment Barrier is Worth 100 Policemen

UN Secretary-General Ban Ki-moon on Sunday condemned an attack against UN peacekeeping mission in Mali, known as MINUSMA. Earlier on Sunday, an improvised explosive device attack against MINUSMA took place at south of Aguelhok, a town in the Kidal Region of eastern Mali. This attack followed a similar one on Friday which injured one peacekeeper near Kidal city."The Secretary-General underscores that attacks targeting United Nations peacekeepers may constitute war crimes under international law and calls for the perpetrators of this attack to be brought to justice," said a statement released by Ban's spokesperson.Ban also said "the primary responsibility for peace lies with the Malian parties," and he urged them to fully implement the peace agreement and to do all they can to prevent such attacks. Although there are many security barriers, such as riot control fence and many kinds of razor wire, there are still one peacekeeper killed and four injured. 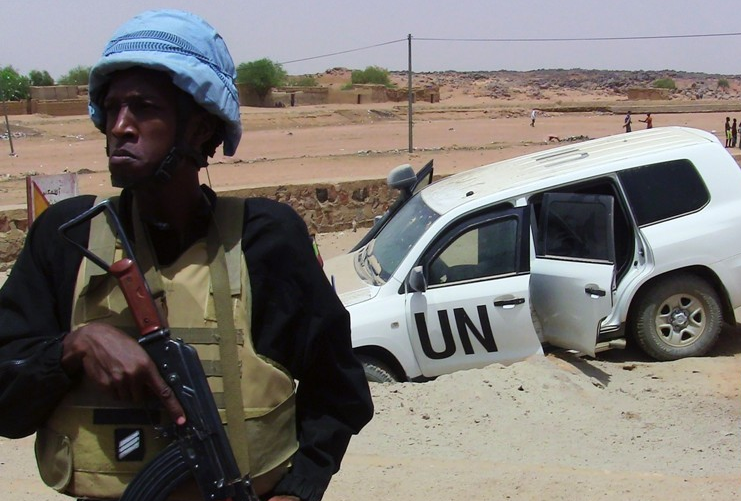 This event is a miniature of the world, every country should take the continued violence into their consideration. It is high time to consider how to protect and help police from safety problem. The Zhengyang Rapid Deployment Barrier is mainly used for crowd control, riot prevention, site security, augmented fence perimeter security and quick site security protection. The working principle is that there is a trailer releasing concertina razor wire coil/ barbed wire/ fence as barrier. It can be used to provide fast and efficient security defense and mitigate injury and damage to people, police and property. If you need rapid deployment barrier, please contact Hebei Zhengyang Wire Mesh Products Co., Ltd.Email: sun@sunwiremesh.com