The hotly contested campaign has been marred by internal squabbles within the governing party, which have turned violent.The township of Atteridgeville, Pretoria, is one of several areas to have experienced some of this violence.The working class community was outraged when the ANC foisted Thoko Dididza as the party's candidate for mayor of Tshwane,People took to the streets to express their displeasure; buses were burnt and road barricaded as they demanded that the current ANC mayor, The violence spread across many other areas in Tshwane - and five people lost their lives.Ms Dididza was chosen by ANC head office after the local party could not agree between "Sputla" and his challenger during the nomination process.Such local feuding has been most prevalent in KwaZulu-Natal province, where 12 ANC councillors have been killed in the last two months. Last week, another was shot dead in the Eastern Cape province. 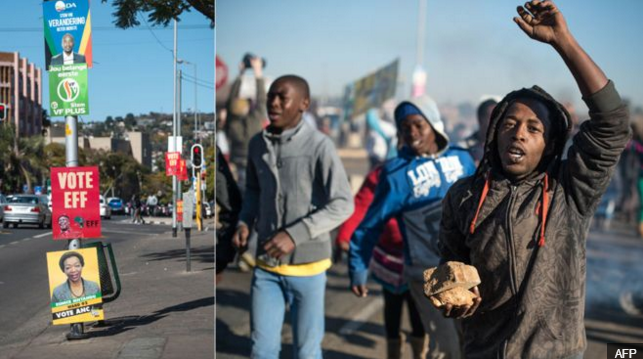 This event is a miniature of the world, every country should ctake the continued violence into their consideration. It is high time to consider how to protect people and police from safety problem. The Zhengyang Rapid Deployment Barrier is mainly used for crowd control, riot prevention, site security, augmented fence perimeter security,and quick site security protection. It can be used to provide fast and efficient security defense and mitigate injury and damage to people,police and property.