Rapid Deployment Barrier-Provide You With Protection

Lawyers across Pakistan are boycotting court to mourn the loss of some 70 people, many of them lawyers, killed in a bomb attack in Quetta. The bomber targeted crowds who had gathered outside a hospital to mourn prominent lawyer Bilal Kasi who had been murdered earlier on Monday. Taliban faction Jamaat-ul-Ahrar says it was behind both the attack and murder. The Supreme Court Bar Association (SCBA) and the Pakistan Bar Council (PBC) said its lawyers would be boycotting court proceedings, and observing a week of mourning.Many lawyers are expected to take part in rallies across Pakistan on Tuesday. Monday's bombing targeted lawyers and journalists who had crammed into the emergency department of Quetta's Civil Hospital where the body of Mr Kasi had been brought. Former provincial bar president Baz Muhammad Kakar was one of at least 25 lawyers killed. 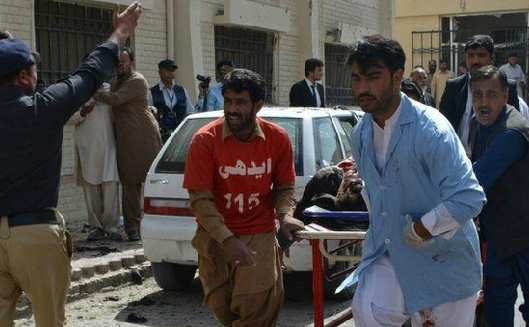 Nowadays, more and more such things are happening all over the world, which caused huge panic among people. It is high time to consider how to take measures to reduce the damage caused by such things. The Rapid Deployment Barrier is mainly used for crowd control and riot prevention. The working principle is that there is a trailer releasing concertina razor wire coil or barbed wire as barrier, so could it provide rapid and efficient security defense and also mitigate injury and damage to people, police and property. If you need Rapid Deployment Barrier, please contact Hebei Zhengyang Wire Mesh Products Co., Ltd. Email:sun@sunwiremesh.com