Seven people were killed and 20 others suffered suffocation and breathing difficulties from chemical gas attack in Aleppo, state news agency SANA said on Wednesday, citing a Russian observation center.The Nour Addien al-Zinki rebel group on Monday fired rockets filled with poisonous gas on the government-controlled Salahuddien district in Aleppo, said the report.Russia had informed the U.S. about the rebel use of poisonous materials in Aleppo, reported SANA.Meanwhile, the rebels also accused the government on Tuesday of dropping barrel bombs stuffed with chlorine gas on the rebel-held town of Saraqeb.Both sides have repeatedly traded accusations about the use of chemical materials in the battles.SANA said seven people were killed and 41 others wounded on Wednesday by fresh rebel shelling on the government-controlled parts of Aleppo. 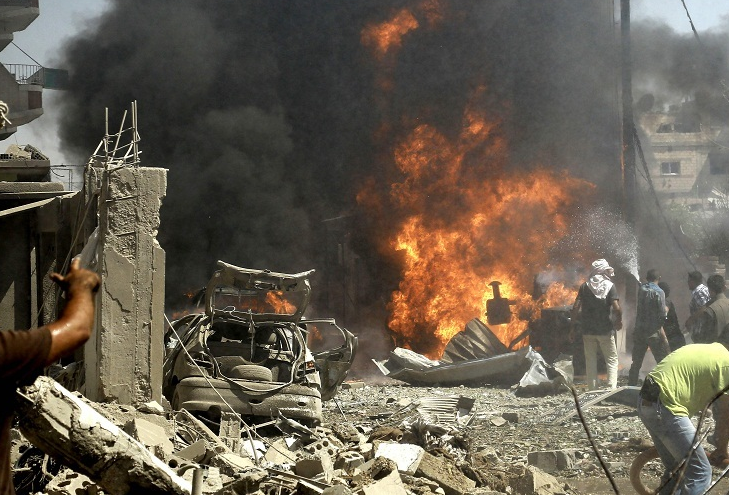 This event is a miniature of the world, every country should consider the continued violence into their consideration. It is high time to consider how to protect people and police from safety problem into our consideration. The  Zhengyang Rapid Deployment Barrier is mainly used for crowd control, riot prevention, site security, augmented fence perimeter security,and quick site security protection. It can be used to provide fast and efficient security defense and mitigate injury and damage to people,police and property.
Click here for more products.