Ambulances wait near the church where a priest was killed in Saint-Etienne du Rouvray, France on July 26, 2016. A priest was "assassinated," and another was seriously wounded on Tuesday after two armed men seized several hostages in a church in northern France, Pierre-Hernry Brandet, spokesman of the French Interior Ministry said. 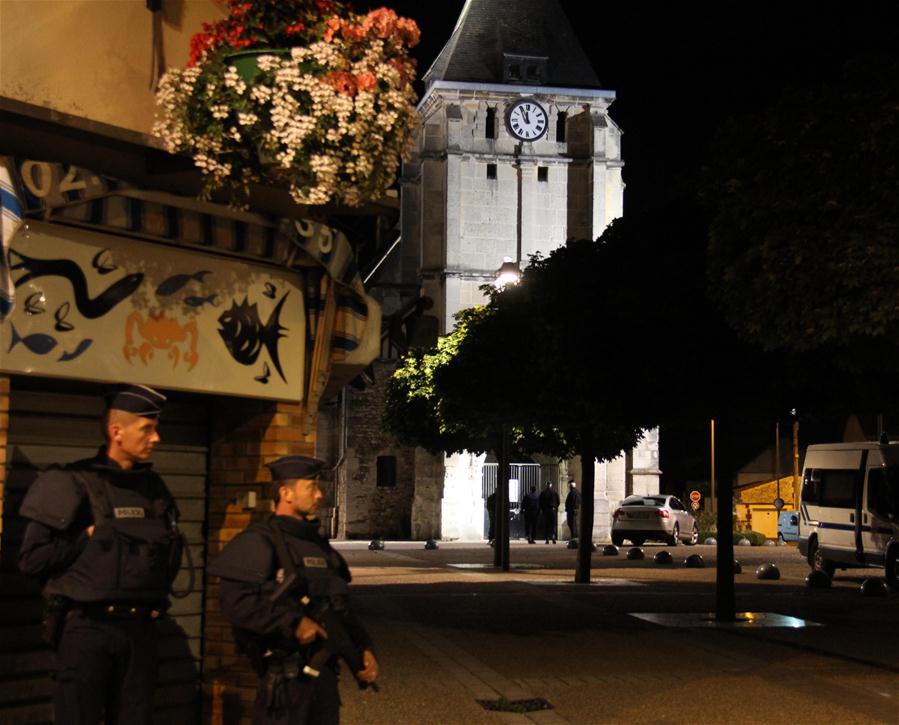 French President Francois Hollande on Tuesday condemned the "heinous terrorist attack" targeting a church in northern France in which a priest was killed and a second one remains in critical condition. Ollande, who rushed to the attack scene, added the two assailants claimed links with the Islamic State (IS). IS claimed responsibility for the attack, the second one targeting France in several days, according to a report by Le Figaro newspaper. This attack increase fears in Europe and it seems that terrorist attack will increase rapidly.

Today the world are not peace, attacks always occur in somewhere and crowd non-aggressive sometimes have killed in accident. Our government and army need to provide rapid protection for people and rapid deployment can take it. Zheng Yang rapid deployment barrier is the world’s most commonly used military quality equipment for containing riots and controlling crowds non-aggressively. We can undertake the duty for provide peace for world.