Local time on Tuesday, two men armed with a knife at a church in France Saint Etienne-Normandy area Dilufulai hostage five hostages. Hostages include one priest and two nuns, and two people praying in the Church.
France official says one hostage was a priest who was killed, aged 84, was cut by gangsters and die. One hostages was seriously injured and is now in critical condition. Two of the attackers was killed after the police arrived, motive is not clear. 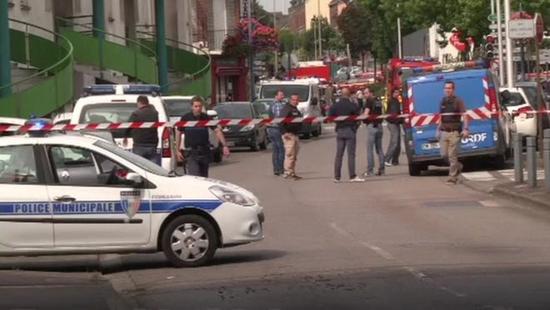 On July 14, 2016 nice attacks led to the national State of emergency continued until the end of January 2017,but the attacks made France environment morenervous, meanwhile,the Europe bad situation was even worse.Europe needs good control to control the crowd and attacks,who need to do all these things is not only France and Germany, but also European countries.
Such attacks usually happen suddenly,which requires police to have fast reflexes and strong contigency equipment.On  attacks happening,if spot is at top speed under control by the police rapidly,it will reduce a lot of casualties.But a device is born in order to dealing with such emergencies--rapid deployment barrier.Mobile security barrier is a trailer made of high strength steel in accordance with military standards. It is used to deploy razor wire coils as barrier in very short time.
In fact, rapid security barrier is designed to reduce unnecessary casualties and reduced the workload of the military police and in order to protect physical and property safety of the people to create, if you want to learn more about our products, you can click on http://www.sunwiremesh.com/Rapid-Deployment-Barrier-pd442022.html